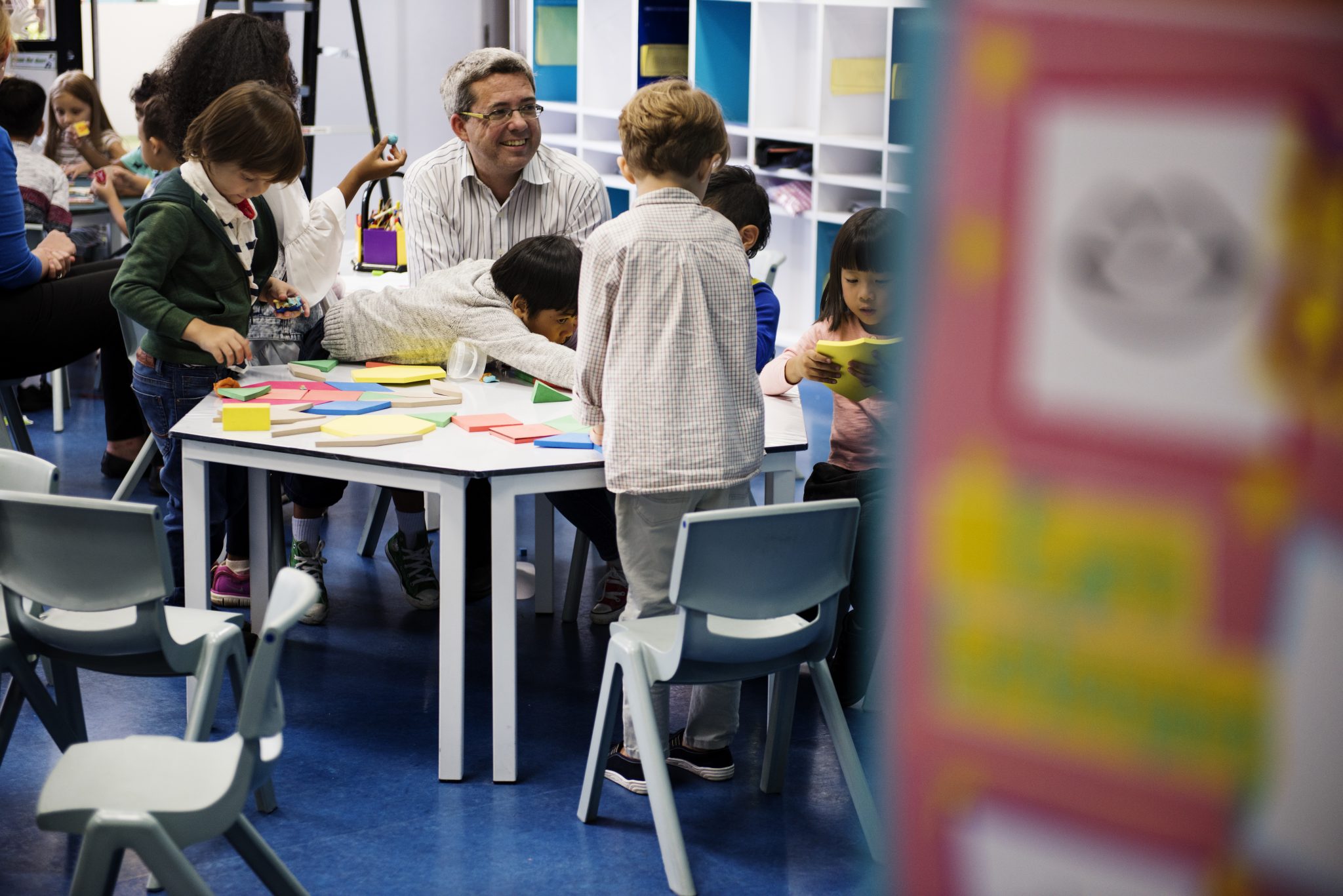 One student remembers the personal connection a former teacher made — proof that caring about students matters.

Today my father would have celebrated his 91st birthday. I was recently going through some of his files and was reminded of his passion and belief that caring about students matters.

Men don’t do that

He grew up in the depression in rural Minnesota and began his schooling in a one-room schoolhouse. When he was in high school in the 1940s his dream was to be an elementary teacher but was told “men don’t do that” so he stayed at home to work on the family farm. Then the Korean War changed everything.

He joined the Marines and was sent to southern California for basic training. The world opened up. Upon being discharged from the service he returned to the Midwest. As many servicemen did at the time, he went to college on the GI Bill, completing a degree in elementary education in just two years.

Not only did he become an elementary teacher, but after teaching just two years he became an elementary principal. He believed that effective administrators should spend time in the classroom — and that caring for students mattered. After serving as a principal for many years, he went back to the classroom to close out his career in education as a teacher.

Recently in helping my mother “declutter,” I discovered a letter that my father had kept and my mother had saved. It was from one of his fourth-grade students written years later as this student was pursuing an education degree in college. Here’s what the letter said.

At the University of Wisconsin-LaCrosse, I am taking an introductory course in professional education. Recently, we have been studying effective teaching. While becoming familiar with the hallmarks of effective/inspirational teachers, I kept thinking of you, because of the good memories that remain with me about the fourth grade.

Another thing I will always remember is the time when I came to school for the first time with glasses and all the kids gave me a hard time. I remember how you took me aside and tried to console me. I do not think it worked a whole lot because I still had to wear the glasses, but it did send a message that you cared about me and my feelings.

Another thing that sticks out in my memory is the first day of fourth grade when we had to study the continents and oceans. I remember you saying that we could not go home at the end of the school year if we did not know them. Sure enough, I still remember the continents, oceans and their correct spellings. I think that was an extremely important lesson because it gave us all a general knowledge of the world. One would expect everyone to know all of the continents and oceans, but–as I have noticed–many people can not tell the continents or oceans apart.

I am sending this letter because I want you to know that I am very thankful that you took the time to care for each student. Caring about students matters. It seems like such a simple thing, but it can make a huge difference in a student’s performance and growth.

Finally, I thank you for being you.

Caring about students matters and is the key to student learning

Imagine how my father must have felt when receiving this letter years after he had left teaching. A simple message about the power that exists when a student feels known, appreciated and supported.

Although I graduated from high school many years ago, it is not too late for me to let my high school English teacher know the profound impact his teaching had on me. Today, I will reach out to let him know that his caring and his love of literature, plays and, yes, even grammar are with me to this day.

Join me in writing to one of your teachers whom you want to thank — and how their care mattered to you. Imagine how it will make their day and yours as well.

* name has been changed

Mary Docken is vice president, outreach at Intellispark. Mary has extensive experience in education having served as director of admission at two colleges in the Midwest as well as director of college counseling at Mounds Park Academy in Saint Paul, MN. before joining Naviance in 2006 which was acquired by Hobsons in 2007.

Close Menu
Intellispark uses cookies to improve site functionality and to provide you with a better browsing experience. By using this Site or clicking "Agree", you consent to the use of cookies.
AgreeRead more