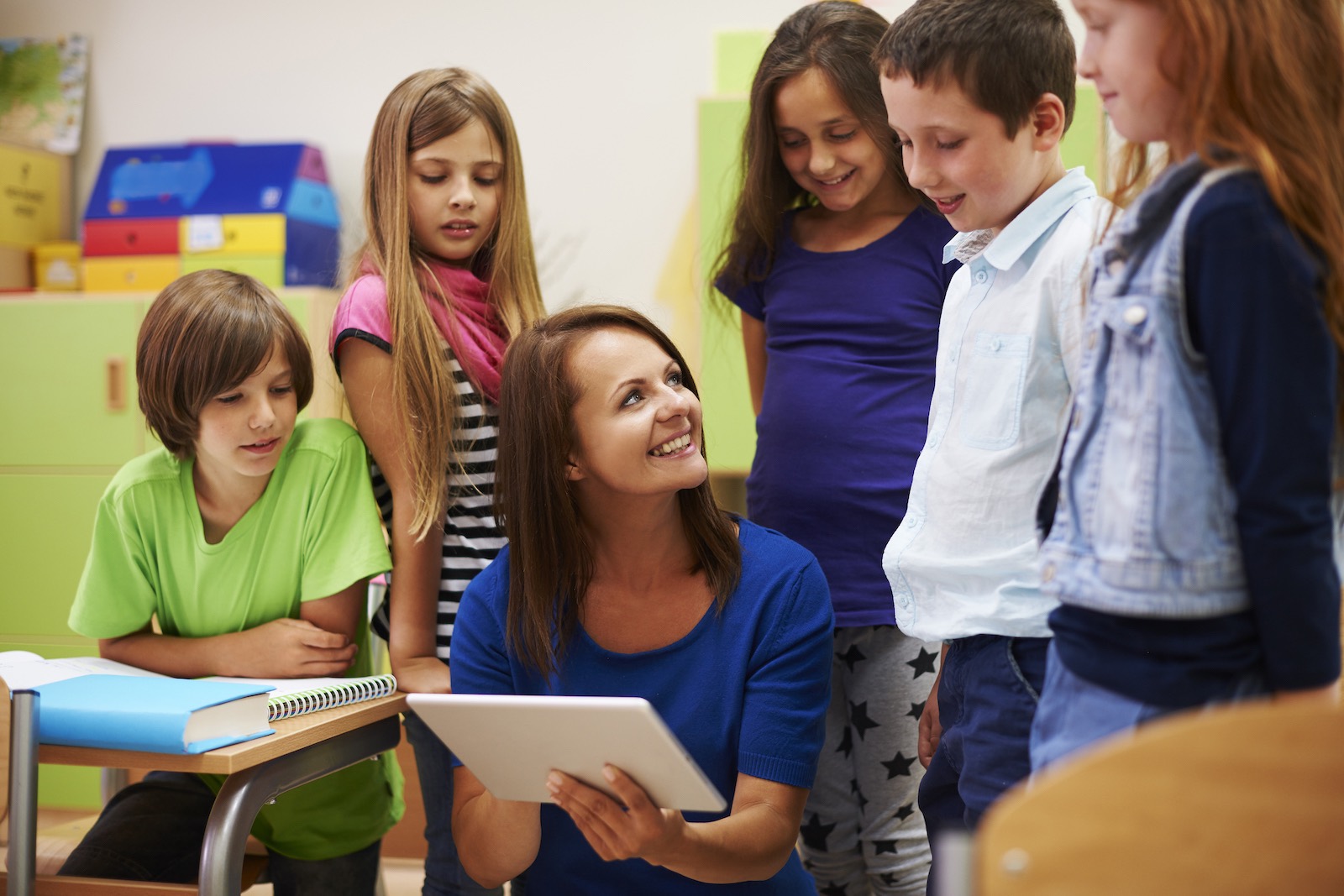 From Early Warning to Early Action

It’s time to replace K-12 early warning systems and their lagging indicators with an early action system designed around leading indicators to help schools and districts move from intervention to prevention.

For more than a decade, schools and districts across the U.S. have been implementing early warning systems that are designed to alert educators to students who need additional emotional and academic supports. These systems typically rely on data about students’ attendance, behavior, and course grades – often referred to as the ABCs – to predict students who are at greater risk of academic failure and dropping out of school.

Although these systems can be useful to an extent – mainly by helping educators to allocate scarce resources – they suffer from some significant limitations. First, rather than serving as “early warning” data, in practice they represent lagging indicators that flag students only after trouble strikes. Second, while early warning indicator data dashboards identify which students are at-risk, they are unable to offer information as to why they are at-risk and thereby do not provide any functionality to act on those data to improve student outcomes. And, finally, the recent pandemic and social strife have created additional challenges for both students and educators struggling with increased levels of anxiety, feelings of alienation or loss, depression, or other factors that can negatively impact well-being and academic performance – raising legitimate questions about whether ABC measures calibrated prior to the pandemic remain useful.

A recent article in Education Week, “With So Many Kids Struggling in School, Experts Call for Revamping ‘Early Warning Systems’,” suggests that it’s time to revamp these early warning systems to incorporate new indicators and new approaches that are more reflective of the reality faced by today’s students.

What if we had leading indicators – grounded in extensive research that has demonstrated high levels of reliability for decades across multiple age groups – that gave us a way to find these students with significant risk factors before their attendance, behavior, and course grades begin to deteriorate? What if we could embed those leading indicators in a technology platform that’s designed to allow educators and clinicians to take action that improves the trajectory of a student’s performance, a platform that ensures strong coordination – rather than action in isolation – making sure that everyone who supports that student is on the same page? Finally, what if we had practical strategies that have been proven effective at teaching the skills necessary to improve these indicators and their associated outcomes so that predictions don’t need to become self-fulfilling prophecies?

The research about the ABCs is clear that it’s critical for educators to intervene quickly once a student begins to struggle with attendance, behavior, or course grades, but even a quick response to a lagging indicator is slower than a timely response to a leading indicator.

Basing early warning systems solely on lagging indicators such as ABCs is the equivalent of waiting to evacuate in a fire until you can see flames shooting from the roof. Buildings have smoke detectors to protect their occupants by providing an early warning before an inferno, and we should have early warning systems in schools that can protect students academically by flagging issues before they become visible crises.

Resiliency is a leading indicator of academic success. Higher rates of resiliency are associated with better academic performance, increased engagement, reduced absenteeism, and fewer behavior issues. Intellispark uses a validated measure of resiliency called ScholarCentric, which assesses six resiliency skills – valuing education, academic confidence, health and well-being, stress management, connectedness, and intrinsic motivation. The ScholarCentric assessment also provides a proprietary indicator called the Academic Risk Index® that has been shown to identify students who may be struggling, even when they’re doing well on traditional measures such as the ABCs.

ScholarCentric was developed by Dr. V. Scott Solberg, professor of counseling and applied human development at the Wheelock College of Education and Human Development at Boston University. The assessment and accompanying content for educators and students are based on more than a decade of university research and implementations in major school districts, including Denver Public Schools in Colorado which uses ScholarCentric with eighth graders as part of its district-wide dropout prevention efforts. Dr. Solberg’s work in social-emotional learning and career development practices places a particular emphasis on serving high-need youth populations, including youth with disabilities. His approach grounds ScholarCentric in practical considerations related to deploying and using ScholarCentric and its Academic Risk Index at scale and with diverse populations, which made it a natural choice for us at Intellispark as we work to provide educators with school- and district-wide resources to help students thrive.

Having a research-based means of assessing student needs with demonstrated efficacy is important, but it’s only part of the challenge schools and districts face. While early warning systems generally do a good job of presenting data, and could be modified to incorporate leading indicators alongside the ABCs, just visualizing risk isn’t enough. Educators, students, and families need to be prepared to take action based on these data.

Being prepared to take action requires two things: an understanding of the underlying causes and a means of responding. Traditional early warning systems fall short on both fronts, and are simply not designed to take action. They lack critical functionality that would help educators collaborate to address student issues, and because they have focused so heavily on lagging indicators, they generally do a poor job of helping educators to identify the reasons why performance indicators may be falling short of expectations. For example, a traditional early warning system dashboard can show which students are chronically absent but will rarely provide any insight into why an individual student isn’t in class. Without knowing the cause of the absence, it’s impossible to determine an effective course of action to address the issue. Moreover, since the functionality in most early warning systems is limited to generating reports and charts of data about past events, there’s no way within the system for a teacher, counselor, or administrator to interact with colleagues about how to respond and to see the history of what has worked and what hasn’t.

It’s never been easy for teachers, counselors, and administrators to juggle their myriad responsibilities, but educators we work with tell us they’re busier than ever. A next-generation system that advances the concept of early warning by incorporating both leading indicators and the functionality required to act on them can streamline the process for educators to respond, creating additional capacity for student support.

Changing outcomes, not just predicting them

A lot of the literature about early warning systems focuses on the importance of using such systems to identify students most at risk – essentially predicting the potential for failure. More important than predicting risk, however, is improving outcomes. For this reason, it’s critical that the indicators we focus on are malleable.

Resiliency skills are both predictive and malleable. The resiliency skills that are measured by ScholarCentric and that drive the Academic Risk Index can be taught. But, with school schedules tighter than ever, finding additional time in the day to teach new skills – even valuable ones – is a significant obstacle. The good news is that the resiliency skills measured by ScholarCentric can be readily incorporated into the subject matter that schools are already required to teach, making effective use of the time teachers already have with their students.

Teaching resiliency as part of a coordinated approach to social-emotional development is a great way for schools to improve academic outcomes. In “To Recover from the Pandemic Social-Emotional Learning is Not a Luxury, It’s a Necessity” which appeared recently in The Hechinger Report, Brandon Frame, director of social-emotional learning at The Urban Assembly in New York City, makes a compelling argument for SEL programming as a “must have” by highlighting its connection to increased academic success. Students in classrooms that used ScholarCentric showed increased resiliency skills, stronger academic engagement through better attendance, higher grades, and more earned credits, and were more likely to graduate. ScholarCentric’s success in reducing students’ risk of dropping out of high school led to the National Dropout Prevention Center rating ScholarCentric as having “strong evidence of effectiveness.”

Using leading indicators in a system oriented toward taking action paired with strategies that classroom teachers can easily deploy, schools and districts are well-positioned to move beyond identifying students who need more support and toward enhancing academic outcomes for all students.

It’s time to move from early warning to early action

My co-founders and I have each spent more than two decades working in and around schools, and we have focused a significant part of that time on finding ways to improve how student support services are delivered. We previously created Naviance, which focused on helping schools improve college and career preparation. Through that work, we came to appreciate the wide array of support-related activities that schools undertake alongside career guidance.

Our aim with Intellispark Pro was to build a comprehensive support platform that enables teachers, counselors, and administrators to work with students and families to identify, deliver, and monitor supports across academic, social-emotional, and career domains. With Intellispark Pro, the communication, collaboration, and project management that’s essential to delivering effective student support services is much easier to achieve. Early on we identified that providing schools and districts with a research-based framework for assessing students’ readiness was a critical component of this strategy, which led to our acquisition and integration of ScholarCentric. With these components in place, Intellispark Pro has become an Early Action System that allows educators to recognize risk factors before they become obvious, to develop a plan of action in response, and to coordinate the care required on a school- and district-wide basis to ensure every student has an opportunity to thrive.

Stephen M. Smith is CEO of Intellispark, past chair of the national board at College Possible, and a member of the Johnson Advisory Council at the SC Johnson College of Business at Cornell University. Steve is co-author of Who Do You Think You Are: Three Critical Conversations for Coaching Teens to College & Career Success, published by John Wiley & Sons.